Just Get to the Point! (Amy Winehouse - Frank) Album Review

After listening to this album for about four years now I only recently found out why Amy Winehouse named it Frank (Frank Sinatra). It should have been obvious because of the heavy jazz influence but it’s one of those things that just slip your mind. From the moment I first heard Amy’s voice I instantly fell in love with her music, but I didn’t know who she was until her death in 2011. Yes she had some drug problems but that’s another topic for another day, her debut album Frank in 2003 is today's agenda! With such a lovely voice “dusty but polished” as my friend describes it, Amy Winehouse talks about love most of the time. I haven’t really listened to frank Sinatra but there is a clear blues and jazz feeling to this album. Other artist influences include Nas, Bob Dylan, Fugees, Erykah Badu, Sarah Vaughn, and The Ronettes which she gets her hair style from.

Intro/Stronger Than Me
You Sent Me Flying/Cherry
Know You Now
Fuck Me Pumps
I Heard Love Is Blind
Mood’s Mood for Love/Teo Licks
There Is No Greater Love
In My Bed
Take the Box
October Song
What Is It About Men
Help Yourself
Amy Amy Amy/Outro/Brother/Mr. Magic

Intro/Stronger Than Me
The intro made me instantly fall in love with her music. She begins singing a little bit of doo-op to set the album mood. Afterwards it fades into the song which has a gloomy yet uplifting feel to it perfectly complementing the words she puts to the beat. Basically the song is about Amy’s guy not being/acting like the grown man he should.

You Sent Me Flying/Cherry
When I first heard this song I didn’t like it because it is ridiculously slow paced, but as time went on, it grew on me and I realized that Amy does slow songs really well. I use this song to go to sleep because it has a lovely, somber melody to it. The second song, Cherry is her describing her guitar named Cherry and the feeling she gets from being with her.

Know You Now
The track Know You Now is pretty much self-explanatory. Being a musician, Amy is always busy so she doesn’t have time for love and relationships. So she wants to cut to the chase and not waste any time. A very lovely song with steady drum taps, bass, and a smooth instrumental in the background.

Fuck Me Pumps
One of my favorite songs from the album, Fuck Me Pumps, describes money hungry gold diggers looking for the wrong kind of man. This song in particular has a very raw yet smooth feel to it and Amy’s voice is the cherry on top making the track so much better. I often find myself moving and grooving unconsciously during listens which I think is awesome. She even puts some metaphors and comedy in the mix.

It’s unclear if Amy is talking about herself in this song (because she talks about her men problems in other songs) or other women she sees during the nightlife. I assume its other women because in the video there are other girls doing the gold digging with Amy commentating. This track is a perfect example of Amy using a jazzy upbeat tune mixed with blues vocals all while telling a story and giving people an insight into a small part of her world.

I Heard Love Is Blind
A very nice blues story, and Amy’s voice is so clear which really makes you listen to her experiences and this song is an excellent example of that. This is basically about Amy cheating on her lover but she doesn’t recognize it as such because she doesn’t care about the other man.

Moody’s Mood for Love/Teo Licks
I could see this being played at coffee houses or open mic events because of the upbeat yet smooth and jazzy feel this song brings. This is an example of Amy taking hip-hop influences into her music because of such lyrics “you can blow now if you want to, I’m through” which comes from the Fugees song Some Seek Stardom. She also mentions going to the “Promise Land” which a lot of emcees mention because it’s ingrained in the black community as the place of equality and no worries. Of course she could also be referencing the “I Have a Dream Speech.” The Teo Licks part of the song is a forty minute instrumental most likely the interlude of the Album.

There Is No Greater Love
Amy’s vocals on this song are beautiful and sincere as she expresses her love for that special someone. Self-explanatory so not much here to talk about honestly.

In My Bed
I love this track. It has a certain charm and the hook is awesome and nice to sing-along to. This is basically about Amy sleeping with her ex-boyfriend and nothing more to their relationship than sex.

In all, a very upbeat track as far as the jazz realm goes without being too over the top. She also gives us some doo-wop for the last minute or so of the song which is a nice touch and it shows her passion for music. It could also be her way of making sex sounds using the music.

Take the Box
This one is about Amy going through the break up process with her man. This is another great example of Amy’s wonder vocals at work; I could definitely feel her pain and what she is going through. This is probably my least favorite song on the album but only because the others outshine it.

October Song
I love this song not only because I was born in October, but it’s a very uplifting song. When listening to this you get the feeling that Amy is genuinely happy with her life because of the lyrics and her voice makes you think she forgot about love troubles.

The beat is similar to Fuck me Pumps in the sense that it makes you want to move to it but in all it is a completely different track.

What Is It About Men
Basically she asks herself why can she never find the right guy in her life and why do the trends keep leading her to bad relationships. The beat has a reggae feel to it with steady drums that give a more blues vibe. Although this song doesn’t exactly connect with me on its surface, I understand when Amy says it must be her that is the problem if these problems keep happening. Otherwise it’s a nice track that helps me go to sleep at night.

Help Yourself
Very nice song, one of the most memorable in my opinion because the light production stands apart from the rest of the album but still fits in perfectly with the overall tone. Also one of my favorites.

Amy Amy Amy/Outro/Brother/Mr. Magic
The first song Amy Amy Amy tells us about why she gets into the wrong men, but she can’t resist. What you will notice most is the low instruments playing creating a very different tone from the rest of the album because of the choppy sound. Whereas everything else is very smooth sounding, this song has a raw feel to it. The outro is just someone saying thanks. Brother and Mr. Magic are bonus songs but still add value to the album and are a good listen.

Fool’s Gold
Fool’s Gold is a track I downloaded separately because it’s not on the American release of the album. With a song about false love and expectations, I like the song but it’s not something I want to listen to. It’s one of those songs that if it comes on I’ll listen to it but otherwise I only keep it because of Amy’s nice vocals. 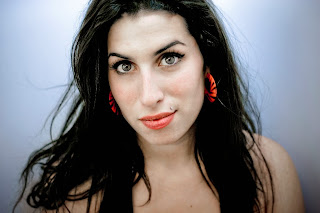 Amy Winehouse made some awesome music in her time on earth. I only wish I could meet her to share the love of music or at least have been to a concert but I only found out about her when she died. I love how I can feel Amy’s soul through her music and I can really get a window into her life by the wonderful stories she tells. Even if she doe repeat a lot of love subjects in her songs, I never got enough because it feels like I’m right there with her through the ups and downs. It really is a shame that she died and the sad part is she did it to herself but we remember her forever with this great album and a smile to sing for. 10/10 project!