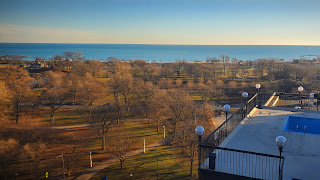 Legends tell us about the waters above, a dome-like structure at the top of the globe. Encapsulated is a dimension of people known as.. the people… I fell down the rabbit hole with this one. At one point I started to think of ways how this could be possible. The best explanation I could come up with, is that the ancient people of this world described it in such a way that made sense to them. The world was "flat" at one point because that's what they knew at the time. Recent documentation provides us with information suggesting people with influence and high status in society told people the world was flat for their own social gain. It was a propaganda. Nowadays, with the exception of island dwellers, or those who are far removed from modern society, we all agree that the world is round.

Now this theory, The Waters Above, comes from the ancient Egyptians who described their world as such. The dome was Earth, and the water was space. There is this weightlessness to space as astronauts go through swimming training while preparing to go to space.

Ocean - a very large expanse of sea, in particular each of the main areas into which the sea is divided geographically.
Reservoir - a large natural or artificial lake used as a source of water supply.
Soak - make or allow (something) to become thoroughly wet by immersing it in liquid.
Exceeding - adjective great, considerable, exceptional, tremendous, immense, extreme, outstanding.

Beyond - happening or continuing after.